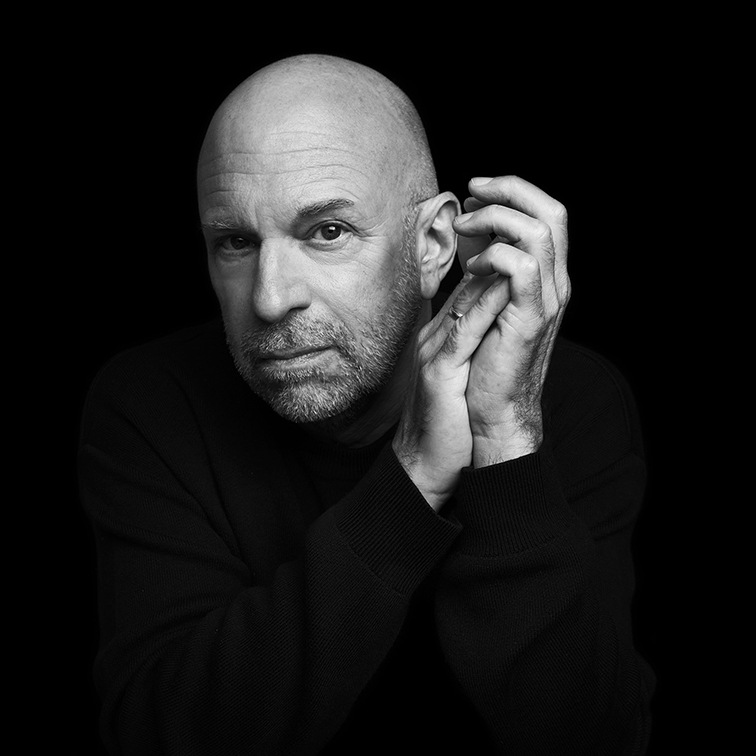 In perfect control of the whole orchestra, Rivest led the OSM (Orchestre Symphonique de Montreal) to the most unbearable limits of silence and immobility (Mahler, 9th Symphony). Suddenly, people were frozen, as if they had ceased to exist… an incredible atmosphere that Rivest had established everywhere in the hall only with the power of his concentration and a few gestures…

Québec conductor Jean-François Rivest is renowned for his energy, his extremely precise technique, his style, which is passionate, moving and deeply involved, and his great communication skills. His discography serves as proof to the ease with which he masters a large variety of musical genres ranging from the baroque era up to today.

Regularly invited by orchestras in Montreal, in Canada and around the world (USA, Mexico, Peru, France, Switzerland, Spain, Russia, and South Korea), he has been Artistic Director of the Orchestre Symphonique de Laval, (10 years) and of Ottawa’s Thirteen Strings Ensemble, (5 years), as well as Conductor in Residence of the Orchestre Symphonique de Montréal (OSM) where his tenure has been particularly significant.

Since Spring 2021, he conducts the prestigious I Musici de Montréal Chamber Orchestra as Principal Guest Conductor. In the last months of 2021, while the Pandemic was widespread, he conducted at the Opéra de Lausanne and Opéra de Fribourg, in Switzerland, followed by 8 concerts with the Orchestre Symphonique du Pays Basque, in France.

Jean-François Rivest firmly believes that the next generation of musicians must rely on performers that are also active as pedagogues. He has worked for several institutions and has been teaching violin, orchestral conducting as well as a variety of advanced performance classes at Université de Montréal since 1992. He is the founder, Artistic Director and principal conductor of the Orchestre de l’Université de Montréal (OUM).

From 2009 to 2015, he has been Artistic Director of the Orford Arts Centre, (now Orford Music), nearby Montréal where he presided over the destiny of Orford’s prestigious International Academy and Festival. His period at the head of the Arts Center is unanimously seen as a time of tremendous artistic renewal and growth. In the 2012 Opus Prizes Awards ceremony, he was given the Opus Prize for the Artistic Director of the year (2011).

Mr. Rivest, who trained at the Conservatoire de Montréal and at the Juilliard School in New York, quickly established himself as one of the foremost Quebec violinists of his generation. His main teachers were Sonia Jelinkova, Ivan Galamian and Dorothy DeLay.

Being the father of four children, family is at the center of his life. He is passionate about nature and outdoor activities, such as scuba diving, kayak, climbing, trekking and photography. He has even participated in several expeditions of a challenging level. He holds a Private Pilot License and flies his good old Cessna regularly. Jean-François Rivest believes that the many facets of nature are a vital source of artistic inspiration!