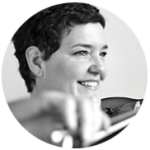 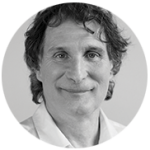 Violinist Denis Béliveau has been with the Orchestre de chambre I Musici de Montréal since 1991. He holds both a bachelor’s degree (Université de Montréal, violin performance, 1981) and a master’s degree in music (Université de Montréal, 1985), and his musical training also includes a year of continuing professional development at the Toronto Conservatory (1984). Before joining I Musici, Denis Béliveau was a permanent member of the Orchestre Métropolitain de Montréal (1980 to 1991) as well as assistant concertmaster with the Orchestre de la Montérégie (1986 to 1991). Denis Béliveau has studied under such renowned violin teachers as Jean Cousineau (1967 to 1977), Vladimir Landsman (1978 to 1985), Lorand Fenyves (1983 to 1984) and Mauricio Fuks (1985 to 1986). 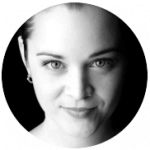 Amélie Benoit Bastien holds a PhD in Interpretation from the Université de Montréal under the direction of Mr. Claude Richard. Her musical development led her to play for renowned violinists such as Pinchas Zukerman, David Cerone, Paul Kantor, Pierre Amoyal, Mark Fewer and Andrew Dawes. Winner of a prestigious scholarship from the Faculty of Graduate Studies of Université Montréal from 2005 to 2008, she won several awards and scholarships, including those of the Orchestre symphonique de Trois-Rivières, the Festival de musique du Royaume, the CBC Young Artists competition and the Canadian Music Competition. A very versatile musician, she was called upon to perform several different roles, both as guest violin at the Gatineau Symphony Orchestra during the 2016-2016 season-2017, as a chamber musician in the Allegra concert series since 2015 and as a studio musician where she participated in multiple recordings. In 2016-2017, she participated in Céline Dion’s Quebec and European tour. An accomplished violinist, she is also dedicated to teaching the violin, which she considers an invaluable source of discoveries and challenges. Always very enthusiastic to share her passion and strong of several good years of teaching in the network of the Conservatoires de musique et d’art dramatique du Québec, she currently holds a professorship at Lionel Groulx College. 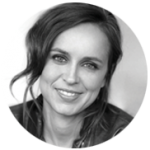 Annie Guénette has been active in the Canadian and international music scene, having performed as both a chamber musician and as an orchestral player in notable collaborations with the Violons du Roy, the Molinari quartet, the National Arts Centre, Montreal Symphony Orchestra; the Aurora Ensemble, Britten Sinfonia and Royal Philharmonic in London; the Scottish Chamber Orchestra and Scottish Ensemble in Edinburgh. She is a recent addition to the I Musici ensemble, and she has been a member of the Verbier Chamber Orchestra since 2004, which led her to Carnegie Hall and Concertgebouw with Maxim Vengerov.
Ms. Guénette is a past winner of several bursaries, including the Alcan and Amis de l’art; in the 2008 Prix d’Europe competition she distinguished herself by winning the “special prize”, as well as the “prize for best interpretation of a Canadian work”. She has studied at the Universties of Montreal, Michigan and McGill, with jean-François Rivest, Yehonatan Berick and Denise Lupien. Annie Guénette plays a Joseph Gagliano 1768 violin generously loaned by Canimex. 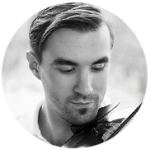 Mr. Guilbault began his studies at the University of Montreal where he obtained a Bachelor’s and Master’s degrees as well as a Graduate Diploma under the tutelage of Mr. Claude Richard. He continued his studies in Austria in the postgraduate program at the Universität fur Musik und darstellende Kunst Wienwith Prof. Christian Altenburger. He has performed in masterclasses for many distinguished musicians in Canada and Europe such as Gérard Poulet, Taras Gabora, Laurence Kayaleh, Régis Pasquier, Erich Höbarth and Ivry Gitlis.
Mr. Guilbault is a laureate of many competitions in Québec and Canada: first price at Festival de Musique du Royaume in 2006, Guy Soucis award at Prix d’Europe 2009. He also won the Etoile Galaxie award as a member of the Trio Mont-Royal in 2007. He has been a recipient of the Scholarship of the Fondation de soutient aux arts de Laval seven times in a row and has received funding from the Conseil des Arts et des lettres du Québec.
As soloist he has been performed with L’Orchestre de l’Université de Montréal and with the National Arts Centre Orchestra. He was also a semi-finalist in the Vibrate competition in Paris in 2009.
Mr. Guilbault has worked with the Royal Northern Sinfonia in Newcastle-upon-Tyne and with the Royal Scottish National Orchestra in Glasgow. He is now based in Montréal and is a full time member of the Orchestre de chambre I Musici de Montréal. 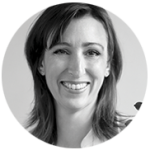 Madeleine Messier has been a member of the Orchestre de chambre I Musici de Montréal since 1987. 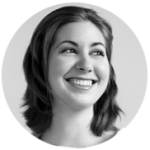 The Canadian violinist Marie-Ève Poupart played solo and chamber music concerts in places as diverse as Washington DC, New York NY, Baltimore MD and Chattanooga TN in the United States, in Hungary, in China, in the Bahamas, in the Virgin Islands and in more than thirty cities in Canada. She was featured as a soloist with the Orchestre Symphonique de Montréal, toured with the Jeunesses Musicales du Canada, worked with Yannick Nézet-Séguin, Ignat Solzhenitsyn, Barry Shiffman, Todd Palmer, Ilya Kaler, Anton Kuerti, Boris Slutsky, as well as many other fine musicians. She was honored to win the Prix d’Europe competition and a grant from the Canada Council for the Arts in 2009, as well as getting the opportunity to play on the violin Giovanni Tononi Bell 1700 from 2009 to 2012. Meanwhile, she pursued an Artist Diploma under the wings of Pamela Frank at the Peabody Institute of music in Baltimore. She had previously completed her graduate diploma at the Conservatoire de musique de Montréal with Johanne Arel as her main teacher. She works with the string orchestra I Musici de Montréal since January 2013. 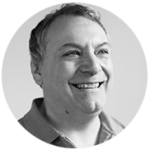 Violinist Christian Prévost is a graduate of the Institute of Chamber Music run by the Fine Arts Quartet at the University of Milwaukee. A member of I Musici de Montréal since 1985, he studied chiefly with Steven Staryk, David Zafer, Leonard Sorkin and Vladimir Landsman. A musician recognized for his rich and vibrant sonority, he has dedicated himself to a wide variety of artistic projects and collaborations both in studio and on stage. As well as record solo violin soundtracks for a number of Quebec-made films such as Un homme et son péché, Sans elle and Père et fils, he has been invited to perform as concertmaster with the symphony orchestras of Laval, Trois-Rivières and Longueuil, as well as with the Montreal Chamber Orchestra and the Gabriel Thibaudeau ensemble. He also forms a duo with his wife, pianist and singer-songwriter Lucie Dubé. 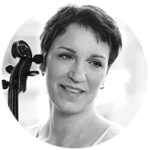 Violist Anne Beaudry has been with I Musici de Montréal almost since its inception. She began her musical training with the Petits Violons and went on to study at Vincent d’Indy and Université de Montréal, where she obtained a Bachelor of Music in Performance. Ms. Beaudry has been a member of several ensembles, including the Studio de musique ancienne de Montréal (SMAM) and the Orchestre Métropolitain. In addition to her activities as a chamber musician, she serves as the music librarian for I Musici and she also teaches. 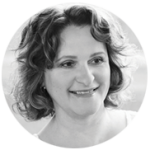 A native of Quebec City, Suzanne Careau received her degrees in viola and chamber music performance from the conservatories of both Montreal and Quebec City while studying under Robert Verebes and Yuli Turovsky. In 1986, after teaching for a short time at the conservatories of Quebec in Rimouski and Trois-Rivières, she joined I Musici de Montréal. Since 1990 she has been the personnel manager and musicians’ representative. With this orchestra she continues to perform over 100 concerts per season and has participated in many recordings for Chandos Records and other labels. She also appears with other ensembles and orchestras in the Montreal area. Mrs. Careau has been on the board of directors of I Musici for the last two years. 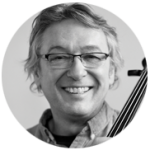 One of the founding members of I Musici de Montréal, Alain Aubut received his degree from the Faculté de musique of the Université de Montréal where he studied under Yuli Turovsky. With this ensemble, Alain Aubut has performed in the four corners of the world and has recorded more than 40 CDs for the Chandos Record label where, on one of the very first CDs featuring Boccherini and Vivaldi, he was featured as a soloist. His solo work has been featured on many I Musici CDs since that time. 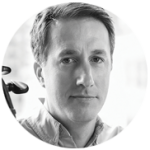 Tim Halliday fell in love with the cello at the tender age of 4. At the age of 14 he secured a position with the London Orchestra (Canada). After completing his studies under Marcel St-Cyr and Antonio Lysy at McGill University, he joined the Orchestre de chambre I Musici in 1995. He is the busy father of two wonderful children. 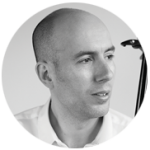 Yannick Chênevert earned a master’s degree with great distinction from the Conservatoire de Musique de Montréal in 1999, studying with René Gosselin. His versatility puts him at ease in various musical genres, including Classical, Baroque, contemporary, pop, and jazz. Chênevert performs with all of the major ensembles and orchestras in the Montreal region, and he is particularly active in the recording studio. He has been a member of the Nouvel ensemble moderne since 2000, and he regularly appears with the Orchestre Métropolitain, Orchestre symphonique de Montréal, Orchestre symphonique de Québec, and Les Violons du Roy. He has been a member of I Musici since April 2012.